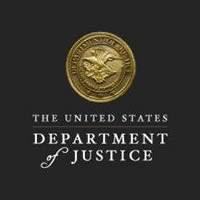 The Justice Department has authorized a lawsuit against the village of Airmont, NY for action that “unreasonably limits the practice of religion by the village’s Orthodox Jewish community.” In the letter, the DOJ tells the Village of Airmont that “we will briefly delay filing the complaint if the village is willing to negotiate a resolution of this matter” but the village needs to respond within two weeks of today and it needs to be settled by mid September 2020.

In response to the latest action by the Department of Justice, OJPAC issued the following statement: “The village of Airmont was created three decades ago essentially to abuse government power against Orthodox Jews. Time and again, the DOJ stepped in to stop it and here we are again because the essence of the village has not changed. Outrageously, the local school district (Suffern) has also taken an abusive approach to Orthodox Jews of the village and this needs to be addressed.”

Below are three articles that OJPAC published a few years ago regarding the village's abuses of Orthodox Jews.

Airmont and Discrimination Part 1: A Moratorium.

Airmont and Discrimination Part 2: Law Changes Against One Community.