politicians in New Jersey have done nothing to address budget problems at the Lakewood, New Jersey school district. Most comments on the editorial are openly bigoted against the Orthodox Jewish community of Lakewood.
?Orthodox Jewish money and power dictating policy? This is rhetoric found on the most anti-Jewish blogs. Besides, the argument that politicians have done nothing is flat out fake news. A few years ago, lawmakers installed a veto-powered monitor in the district that can overrule decisions of the school board. This fact did not hold back APP editors from writing that politicians need to "offset the undue influence of the Orthodox community on the school board." The influence is not "undue" as the board members who are Orthodox Jewish are a) democratically elected in a district where b) 80% school students are Orthodox Jewish, and the influence has long been "offset" with a veto-powered monitor but budget problems persist because it's obviously a State-funding issue not a local governance issue. Besides, would Asbury Park Press say that a) African Americans as a community b) have undue influence on a specific government board simply because a majority board members are African American?
Hopefully advertisers would be mindful that their online ads are placed alongside an editorial that blames state-induced budget problems on the "undue influence" of a local Orthodox Jewish community; problems allegedly ignored by politicians "thanks the money and power of the Jews." 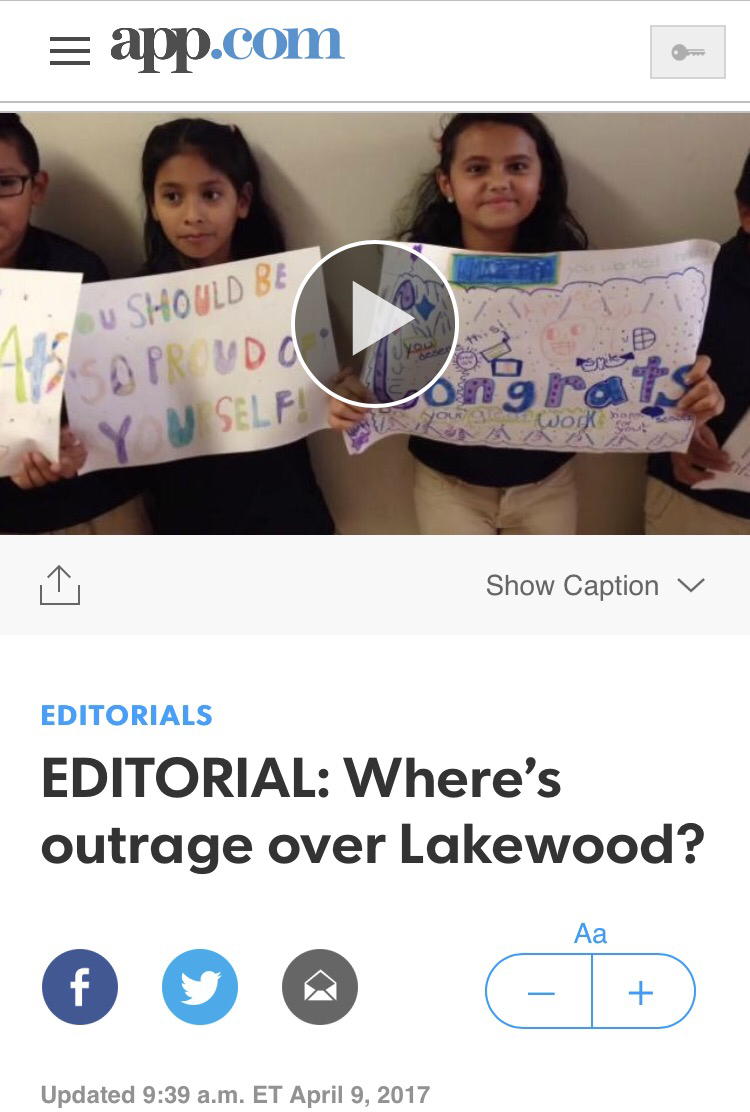 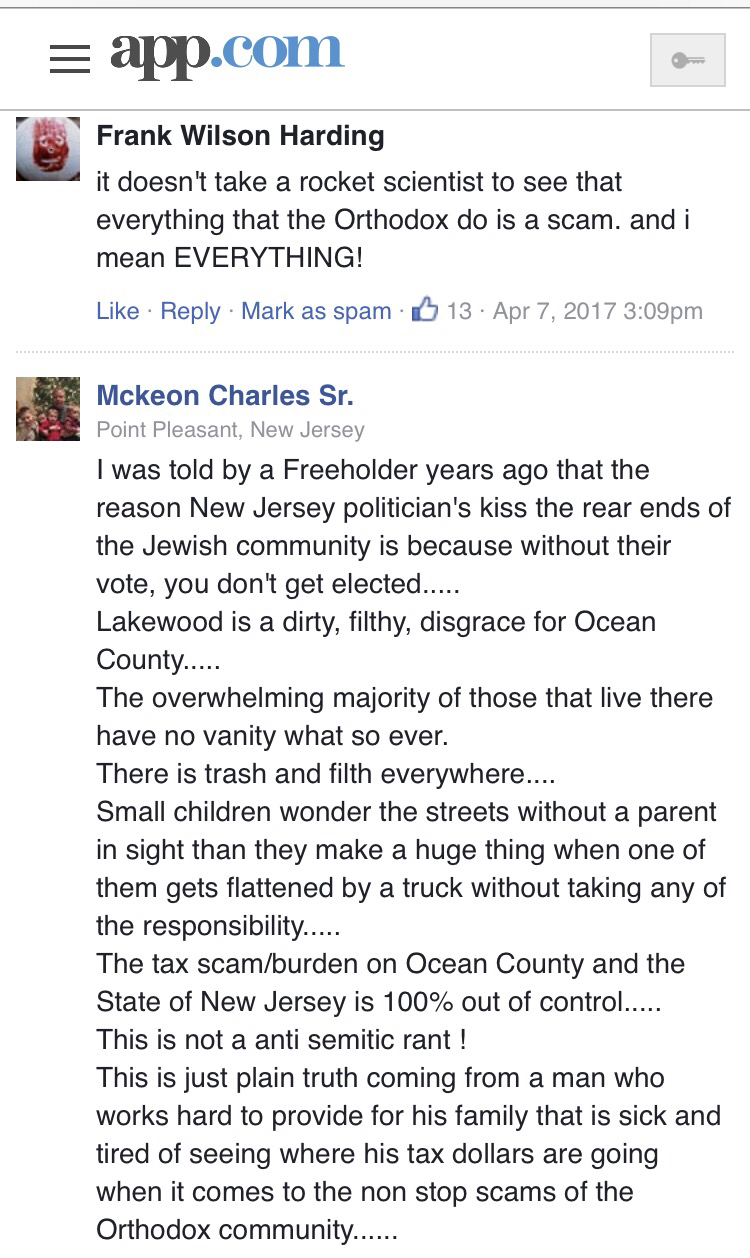 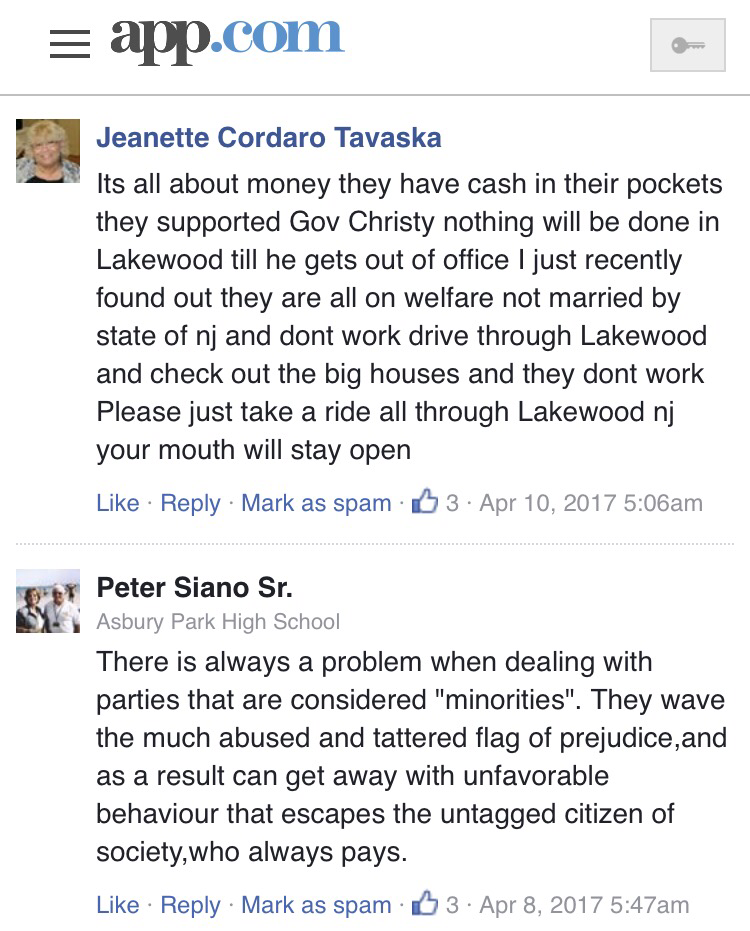