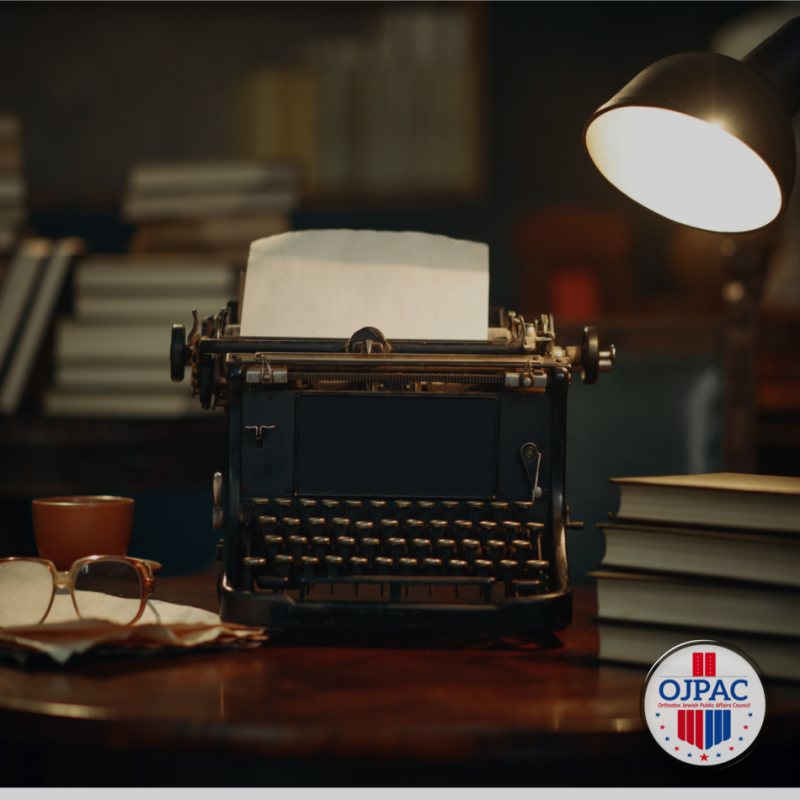 It is bigoted to present only negative claims about an ethnic community.

It is bigoted to package claims in a way to drive outrage against a community.

It is bigoted to show negative facts in one community without showing how these facts are elsewhere.

Therefore, even if every claim by Eliza Shapiro and Brian Rosenthal in the NYT regarding the Hasidic community was accurate, the article is bigoted due to violating the above standards. For us to showcase the positivity of said community and how the hit piece is misleading would miss the point. Namely, anyone who thinks that a community has only negativity and failure, as described in the Times, is not serious about journalism and not serious about combating bigotry. The negativity of the dossier should disqualify it as a piece of journalism, even without any specific refuting of claims. No honest editor or journalistic observer would accept it against Latinos, Muslims, or African Americans.

Our protest should end here because the point is already made. However, to underscore how bad the Shapiro Dossier is, it's good to focus on just one part of the article: School funding. The writers potentially felt that their dossier would lack oomph if it only had anecdotal claims, so they went to town on funding in multiple ways.

A) They write that schools received $1 billion in funds spread over four years when school funding is usually reported as one-year or ten-year data points, but a $250 million number would not drive outrage the way $1 billion does. Besides, the $250 million is not representative of standard school funding because the math includes the one-time COVD funds. Going with four years instead of one is an example of packaging a fact in a way to drive outrage.

B) In the four years that Yeshiva students received $1 billion, the state of New York and NYC had more than $200 billion in combined education budgets. The COVID funds for Yeshivas were a fraction of the $14 billion in COVID relief sent to New York. Readers don't know either of those facts.

C) Readers are left with the assumption that the $1 billion is for 50,000 Hasidic boys since the article made mention of 50,000 boy students in New York City and Rockland County, but the funds are likely for at least 100,000 students. This would be less than $2,500 per year per student and less than $1,400 per student when removing the one-time COIVD-19 funds, federally-funded lunch programs, and NYC-funded vouchers; items that are usually not counted in cost-per-pupil reports, yet the Times added it up to hit the $1 billion jackpot. The 30,000 Yeshiva students in Rockland County, NY, receive approximately $1,100 per child per year. The dossier does not show the cost per Yeshiva student on the $1 billion and certainly not on the standard school funding count.

D) While Yeshiva students, on average, receive $1,100 to sub-$1,400 in tax funds, public school students get $25,000 in annual services before lunch, COVID relief, or locally funded vouchers. Simply put, 12 years in Yeshivas gives you fewer tax dollars than one year in public schools. Yet the readers were told that “the money [to Yeshivas] is flowing as New York City is cutting public school budgets.”

Public funds are flowing to The Hasids while everyone else suffers, suggests the Times, regarding $1 billion out of $200 billion in education funds.

That's not all. “Politicians who might have taken action have instead accommodated a Hasidic voting bloc that can sway local races,” notes the dossier about supposed undue Jewish power. This inflammatory tone was continued in a tweet by Mara Gay, an editorial board member of the Times who helps oversee the board's stance on education and metro subjects, writing that "politicians in New York have allowed your tax money to keep flowing to" Hasidic schools.

"Your tax money" as if Hasidim don't pay property tax. Indeed, after reading a 6,000-word hit piece on how illiterate, unemployable, and poor Hasidim are, few would think that any Hasidic Jew pays property tax. (School tax bills in Rockland range from $6,000 to $12,000 annually, depending on the school district and home size, and virtually every address where Hasidim live is owned by a fellow community member or is owner occupied.)

The debate on whether religious school students should get funding is irrelevant here because the funds are for busing, books for secular studies, special ed, and food, not religious studies. Secondly, even if the claim has merit, it does not justify the misleading, inflammatory framing of school funds.

The blatant misrepresentation of funding – just one subset of the dossier – shows just how low on journalism and high on bigotry the dossier is. Anything less than a broad condemnation of this garbage is a disgrace. Suggesting it for acclaim is an outrage.