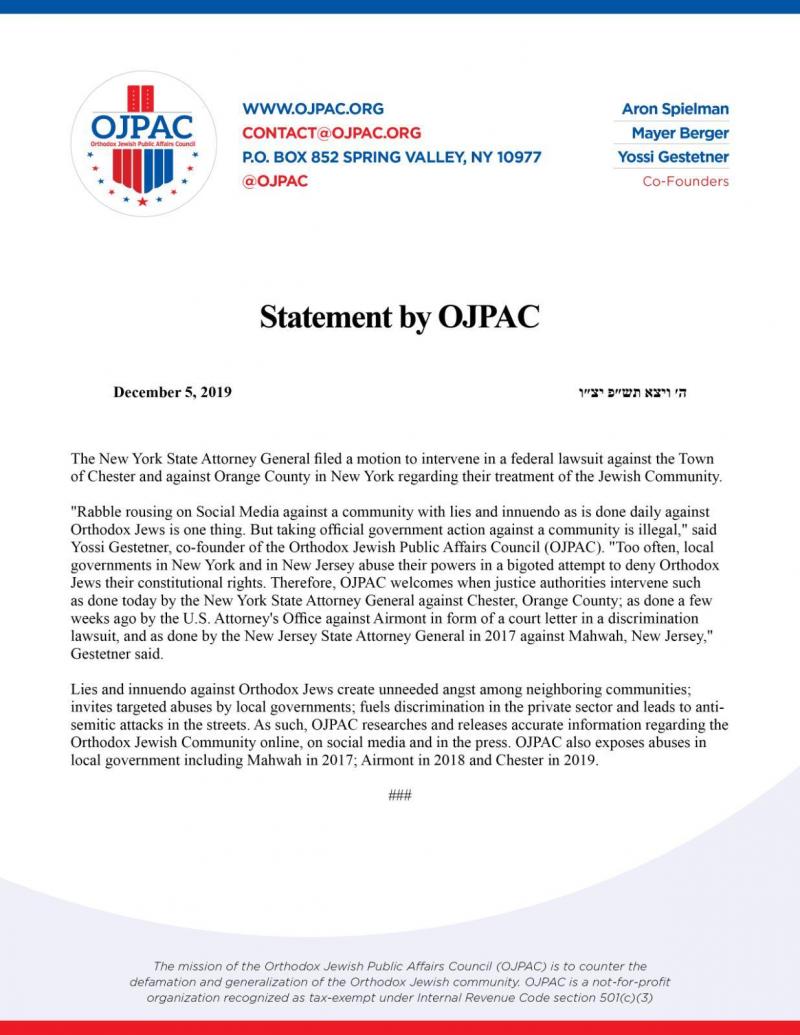 The New York State Attorney General filed a motion to intervene in a federal lawsuit against the Town of Chester and against Orange County in New York regarding their treatment of the Jewish Community."Rabble rousing on Social Media against a community with lies and innuendo as is done daily against Orthodox Jews is one thing. But taking official government action against a community is illegal," said Yossi Gestetner, co-founder of the Orthodox Jewish Public Affairs Council (OJPAC). "Too often, local governments in New York and in New Jersey abuse their powers in a bigoted attempt to deny Orthodox Jews their constitutional rights. Therefore, OJPAC welcomes when justice authorities intervene such as done today by the New York State Attorney General against Chester, Orange County; as done a few weeks ago by the U.S. Attorney's Office against Airmont in form of a court letter in a discrimination lawsuit, and as done by the New Jersey State Attorney General in 2017 against Mahwah, New Jersey," Gestetner said.Lies and innuendo against Orthodox Jews create unneeded angst among neighboring communities; invites targeted abuses by local governments; fuels discrimination in the private sector and leads to anti-semitic attacks in the streets. As such, OJPAC researches and releases accurate information regarding the Orthodox Jewish Community online, on social media and in the press. OJPAC also exposes abuses in local government including Mahwah in 2017; Airmont in 2018 and Chester in 2019.