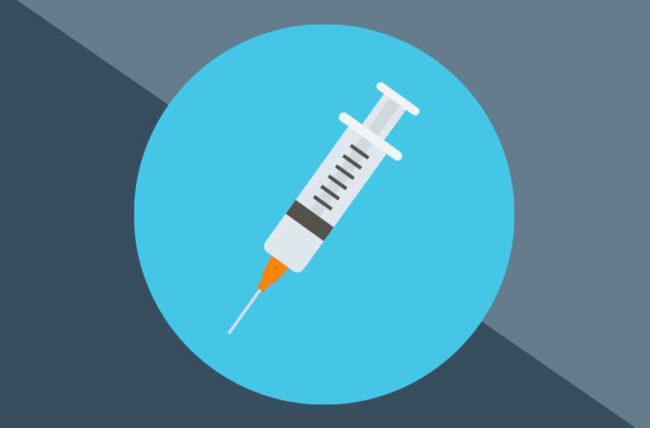 Below are five statistical facts regarding the vaccination rates in the Hasidic Community:
A) At an April 9th, 2019 press conference, NYC Health Department leaders stated that an estimated 1,800 children who attend Yeshivas in Williamsburg and Borough Park, Brooklyn were unvaccinated. This estimate was from December 2018; two months into the outbreak. For context, more than 50,000 children grades Kindergarten through 12th attend Yeshivas in those two neighborhoods. In turn, the Health Department’s estimate of early in the outbreak reflects a vaccination rate in these communities of higher than 96%! This rate is better than most places in NY where the rate among the whole population is in the 90% range per data shown on CNBC earlier in April.
B) The Commissioner of the Rockland County Health Department announced on April 9th, 2019, that 44 of the 61 schools who were on the exclusion list are now in good standing because at least 95% students in those schools are vaccinated. Rockland has 119 private schools (mostly Yeshivas), which means that almost half of those schools were not on the list to begin with, and 102 of the 119 schools are now in good standing. Moreover, the Health Commissioner noted that back in December 2018 - a few weeks into the outbreak but prior to the vaccination campaign - a Hasidic Yeshiva from the Satmar community had a 100% vaccination rate. Obviously, if a Hasidic Yeshiva had a 100% rate early on and half of the private schools were not on the exclusion list to begin with, the overall vaccination rate among Hasidim is way better than what some people believe it is.
C) The young age of the Hasidic population plays a big role, too. Consider: 9% of Manhattan is under the age of 10 according to Census data, whereas 41% of Hasidic-populated Kiryas Joel is under the age of 10. This means that out of a 100 unvaccinated people in Manhattan, only 9 young children would be among them. Meanwhile, out of a 100 unvaccinated Hasidim, 41 young children would be among them. This matters because Measles spreads mostly among young children. (Indeed, 66% cases in NYC to date are in children under the age of five years old). Thus, the fact that there is a Measles outbreak does not indicate that the vaccination rate is lower among Hasidim than it is elsewhere. Rather, the outbreak merely reflects the fact that a huge portion of the Hasidic population is within the age range that is more prone to contract Measles.
D) Aside from the young age of the Hasidic population, there are other factors unrelated to vaccination rates that can cause Measles to spread among Hasidim. This includes interacting at frequent holiday/family events; repeatedly spending time with the same people, and repeatedly spending time in the same small geographic area. In fact, the young population of Kiryas Joel will spend the first two days of Passover in the same 1.1 miles of Kiryas Joel, and the young New Square population will spend those few days in the same third of a mile that makes up New Square. Imagine the damage that can be done if one person with Measles spends Passover in either of those two places: The person will repeatedly contaminate the same small vicinity that is repeatedly attended by the same group of people. Furthermore, those people are more likely to contract Measles due to the age makeup of the population. Indeed, the outbreak began in one of those villages during a holiday season. These factors do not exist in any one other community.
E) Some have used the fact that thousands of MMRs were administered in Rockland County and in Brooklyn the last six months as prove that the vaccination rates were low among Orthodox Jews. However, prior to the 2018-2019 outbreak, the MMR schedule called for the first dose to be administered at twelve to fifteen months of age, and the second dose should be given from age 4 years old through 5 years old. Due to the outbreak, the age for both doses was lowered, thereby flagging tens of thousands (literally, tens of thousands!) Hasidic children as not being up to date with their shots. As a result, thousands of parents took their children over the last six months to get vaccinated, and many adults whose vaccinations from decades ago wore off by now also went for shots; as did people outside the Jewish Community living in Brooklyn and in Rockland. In addition, because Measles is more likely to spread among Hasidim due to the young age/interacting nature of the community, the drive is on to have vaccination rates among Hasidim much higher than in other communities where it is generally 90%. In summary, the stepped up vaccinations since October shows a community adhering to medical advice regarding mandated vaccines.

A Letter to NYC Mayor Elect Adams Regarding Yeshiva Education