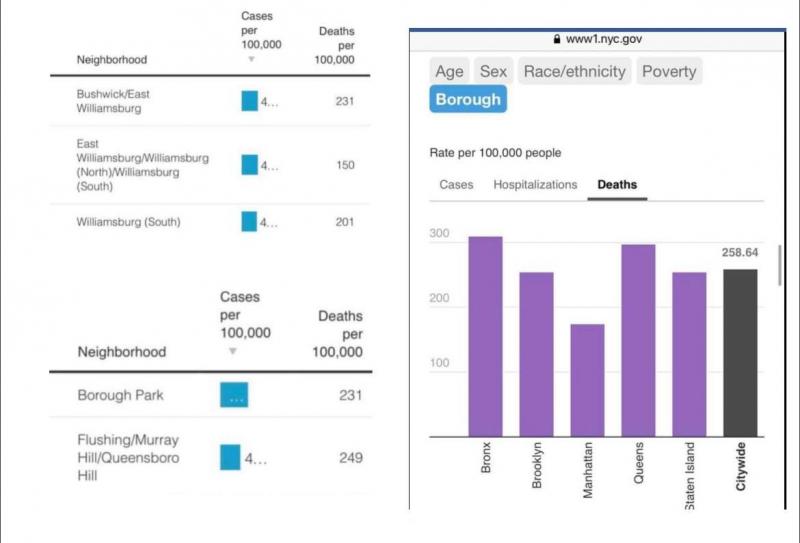 Below are COVID-19 death rates in NYC per 100,000 people in the population as of last night’s available data:

For all the negative focus on alleged lack of rule following in the last two geographic areas, they have lower death rates than most categories in the city. This either means that the rules do not work and therefore places that followed rules still have worse numbers. Or, and more likely, lack of following rules was not worse among Hasidim than in other areas; it was just an unfair obsession by some forces in politics and in media.