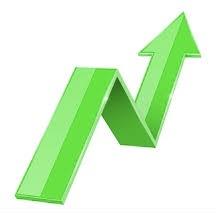 Census data reviewed by OJPAC shows that the average income for Hasidic Households jumped by 43.1% from 2009 through 2017. The data is based on the Village of Kiryas Joel in Orange County, NY, whose population of 23,000 is Hasidic and is the largest Hasidic population quantified by the Census.

The change in Household Income tracked very closely to the change in earnings for Male workers in the same period. This is so because income in most KJ households is generated by the males. The average earnings in 2009 for Full Time, Year Round Male Workers was $35,620 or $40,663 in inflation-adjusted 2017 dollars. The average income in 2017 for the same working group was $59,363; a jump of $18,700 or a rise of 45.9% in a mere eight years. (most male workers in Kiryas Joel are in the Full Time, Year Round category.)

By contrast, the average household income in New York State rose only 2.4% in those eight years and average male income was up less than one percent.

69.9% males age 20-64 in Kiryas Joel were employed during the 2013-2017 Census survey years. This tracks closely to the 75.8% males across New York in the same age group that were employed. Almost 65% employed males in KJ and 69.2% statewide were full time, year round workers.

The massive change in household income and in male income for Kiryas Joel happened without any change in State-forced mandates at Yeshivas. Instead, KJ has now more households than a decade ago with earners who are above the age of 40 and this helped increase the income. However, Kiryas Joel has an elevated Poverty Rate due to the young age of the adult population which plays out in three forms.

Secondly, being young usually means that a household is more likely have only one breadwinner because the other parent is at home caring for the children so this reduces total household income in Kiryas Joel compared to New York overall.

Third, the Poverty Rate is derived by splitting total household income into the amount of people in the household. As such, having children at home can paint a family as poor despite having a reasonable income.