\The NYPD Transit Bureau reported to the MTA board that 22 of the 31 hate crimes in the New York City subway system during the first 3 months of 2017 targeted Jews, mainly via graffiti, and the number of reported hate crimes spiked from only 7 in the same three months last year. MTA board member Charles Moerdler, a Holocaust survivor, is quoted in the NYDN that, "It was precisely this kind of statistic, this kind of conduct that gave birth in ‘34 to ‘38 to what led to the Holocaust."
?
The NYPD data was released a day after the ADL - Anti-Defamation League said that reported anti Semitic-driven vandalism in the U.S. was up 36% in the first quarter of 2017 from Q1 2016. Overall, such incidents were up 35% in 2016 over 2015. On the positive side however, ADL says that anti Semitic-driven physical attacks in the U.S. were down 40% in Q1 2017 from Q1 2016. Overall, 2016 saw a 35% drop from 2015 in anti Semitic-driven physical attacks.
The ADL report also shows that 14 out of 198 anti-Semitic incidents in NY in 2015 were North of the City such as in Westchester, the Hudson Valley and Upstate New York. Those areas had 20 of the 199 New York incidents in 2016 tracked by the ADL. 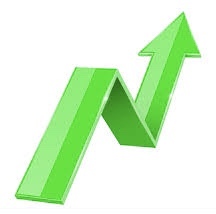 Average Household Income is Up 43% Among Hasidim Since 2009; Virtually Unchanged for New York Overall

VIDEO: A Plea to Governor Cuomo Regarding COVID-19 and Orthodox Jews