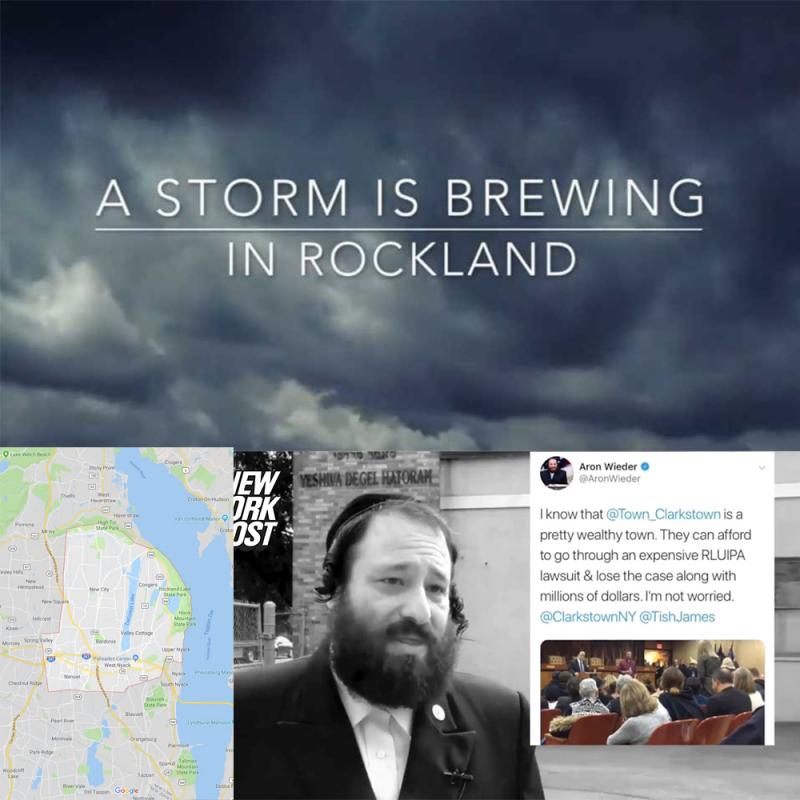 The Orthodox Jewish Public Affairs Council (OJPAC) Released the following Information and Statement Regarding an anti-Hasidic Video Published by a Major Political Committee in Rockland County.
Background: Background: Rockland County is located 30 miles North of New York City. It has five Towns and a population of 330,000. Orthodox Jews are 20% of the Rockland population and Hasidim are a large portion of the Orthodox Community and almost all of Rockland's Orthodox/Hasidic Jews live in the Town of Ramapo. Hasidim are net funders of local public schools by paying property tax and by sending their children to private schools where each student gets only a fraction of tax dollars than do students in Public School. In addition, thousands of public school community parents are employed by Hasidim. The Hasidic Community has the highest legal marriage rate than anywhere else in New York; a very low crime rate; an even lower homeless rate, and hundreds of Hasidim volunteer for local EMS Corps that serve mostly non-Jews. Home prices skyrocket wherever Hasidim move in, and towns have a net-loss of tax if Hasidim move out as was the case when Hasidic-populated Kiryas Joel broke away from the Town of Monroe.
Statement: "Criticism of municipal policy is not inherently bigoted even when it involves an ethnic group. But in some corners of Rockland County, especially on Facebook groups and among the political class in the Town of Clarkstown, the narrative for years has been that virtually every wrong in Rockland County involves Hasidim, and everything involving Hasidim anywhere in the world is wrong. Almost all items on those Facebook pages are anti Hasidim-based, filled with verifiable lies and contradictory accusations. The bigoted video that was released by a county-level major political party is just an illustration how hateful the environment has become. The good citizens of Rockland County generally and more specifically of Clarkstown are standing up to the targeting of Hasidim while bigoted people perpetuate the targeting itself."